Wycombe Abbey School Bucks - Founded 1890 - Victoria's Day -with the school motto "In Fide Vade".
Yes, the young Amy Bradford needed to put that motto to the test after her family had been smashed to pieces during those years at the school. 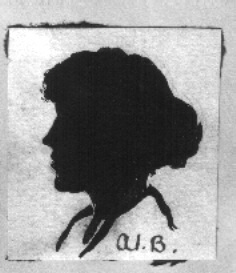 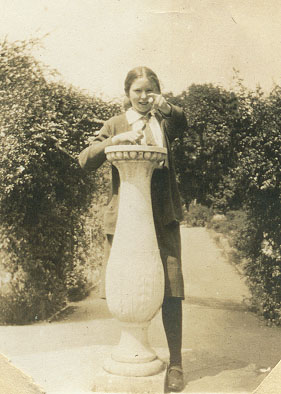 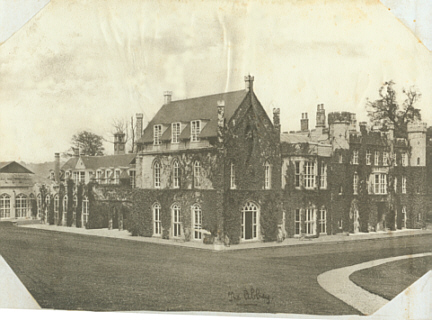 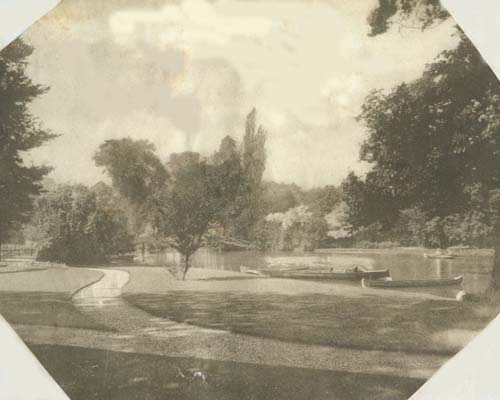 The Lake at Wycombe Abbey. 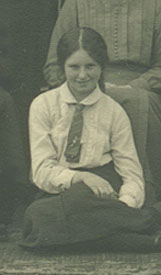 This pic of Amy is from the photo of all the girls in Pitt House. It was taken during her 1st term at Wycombe Abbey, and in the group she was sitting in the very middle of the front row by the feet of the House Mistress. 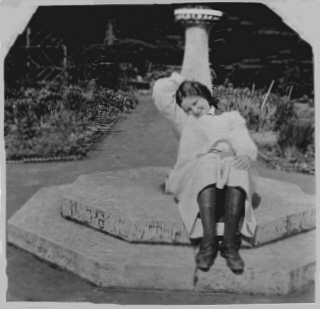 Here is Amy during the summer of 1915 at the sundial again - that popular place for photographs. 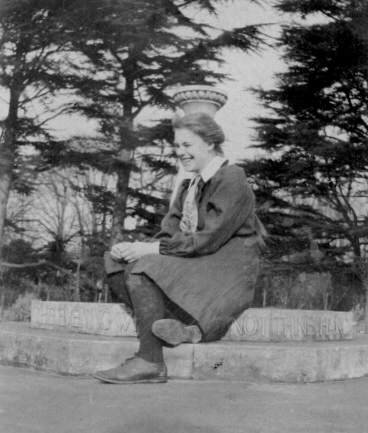 Jimmie Bradford's wife-to-be (Nancy Wall) taken during the summer of 1911 at the sundial in the Wycombe Abbey School grounds. 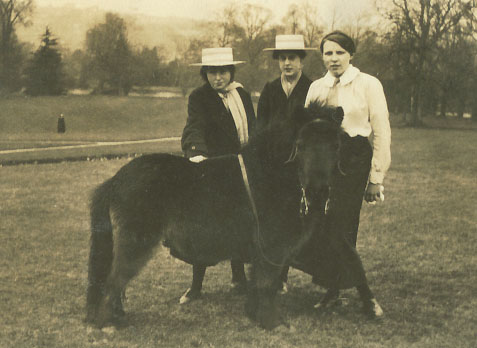 Amy (on the left) is with Norah (Miffie) Smith and Phyllis Wheatley, and this was taken in the Summer of 1915 on Visiting Day. They are all admiring "Moses", and the photo album entry shows he was called 'The Lawn Mower Pony'! 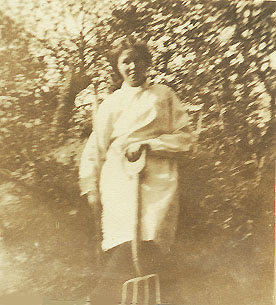 This pic of Amy working in her little garden at school probably would have been censored had she been alive! But it is included for the benefit of the grandchildren and great-grandchildren who never knew her. 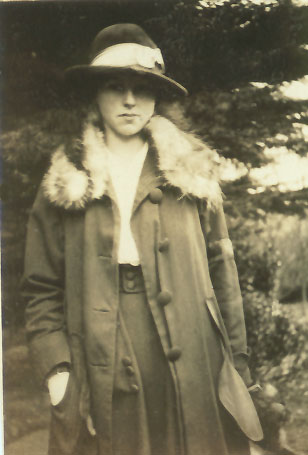 1917 is the first year we have a photo of Amy Bradford wearing a hat. She will have been either 15 or 16 in this photograph depending on whether this was taken at the beginning or the end of the year (something we don't know).