This is the story, "A Memento of War", reported by Charles Westberg in The Evening Chronicle of July 19th 1994.


A priceless war memento, handed in to a museum by an old soldier, was found by a bric-a-brac collector more than 30 years later.
In an amazing coincidence, the heirloom was handed back to a descendent of the man who had rescued it from a World War One trench.
Durham Light Infantryman Harry Charlton was a fanatical follower of the charismatic Roland Bradford, one of four famous military brothers from Co Durham.
A brigadier-general and a holder of the Victoria Cross, he was killed by a stray shell in 1917.
Mr Charlton from Tyneside, discovered his body and kept the identity tag to stop it falling into the hands of the Germans. 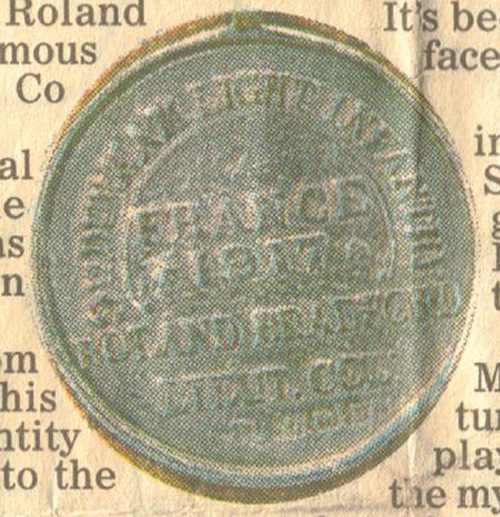 Editor says:- The inscription is not entirely clear, but from top to bottom it appears to read as follows

The reason for the word "France" is a little bit of a mystery, except that Roland's DLI battalion left Newcastle to land at St Nazaire in France, and of course he was fighting in France.

After his death in the late 1960's his relatives took it to the DLI Museum in Durham, asking that it be passed to the Bradford family if possible.


Almost 30 years later Mr Charlton's grandson, Andy Kirsop, is making a repeat trip with the same request after an amazing twist of fate saw him ending up with the same silver identity tag.

Mr Kirsop said his father, Jack, had been talking about the DLI Museum to a friend on Tyneside, whose daughter deals in bric-a-brac.
"Lo and behold the friend turns up with the name tag. She had had it for 12 years and doesn't know where it came from. I've now got it and would like to see it go back to the Bradford family or the museum if they don't want it. The fact that this tag has come full circle is incredible. It's an amazing coincidence. We don't know how it came to be back out of the museum, whether it was stolen or what. It's been 12 years since it resurfaced."

Mr Kirsop, 49, who lives in Clavering Road, Swalwell, said:
"I'd like to give it back to the Bradford family. It belongs to them." 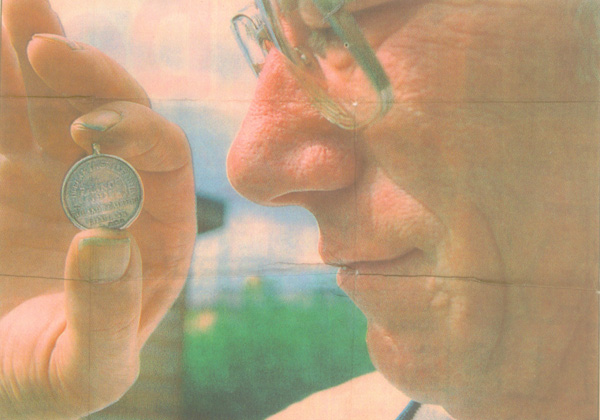 A spokesman at the DLI Museum, where Bradford's tunic and medals are on display, was at a loss to explain the mystery of the ID tag.
"It may have just been brought in to show us" he said. "Things that come in don't go out. This is something we would be delighted to have and display."

Harry Moses, a former Durham headteacher, who is writing a book on the Bradford brothers, said
"Only one, Thomas, who also served in the DLI, survived the war. He won the DSO in action and was later knighted. He died at his home in Durham City in 1966. His son, who lived in France, died last year. There's no immediate family left" he said.

Click here for page of Tribute Letters about Roland Bradford