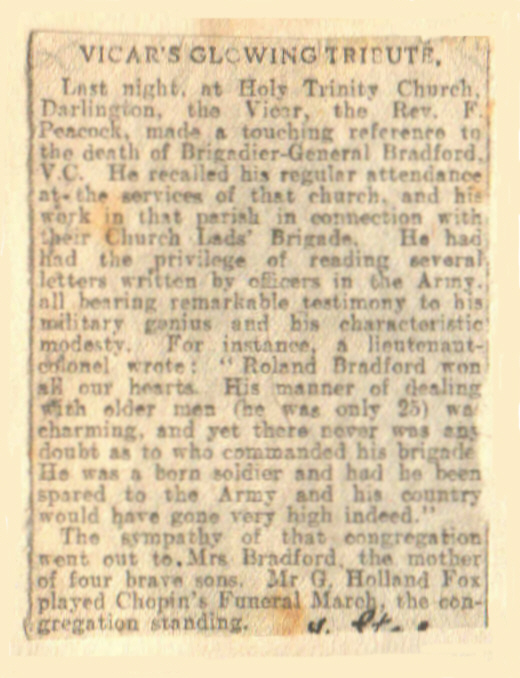 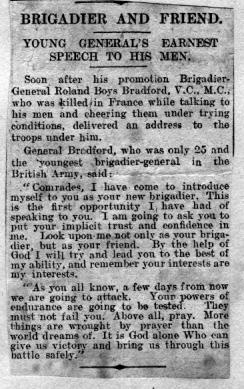 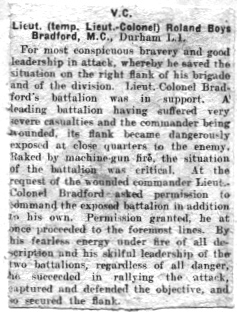 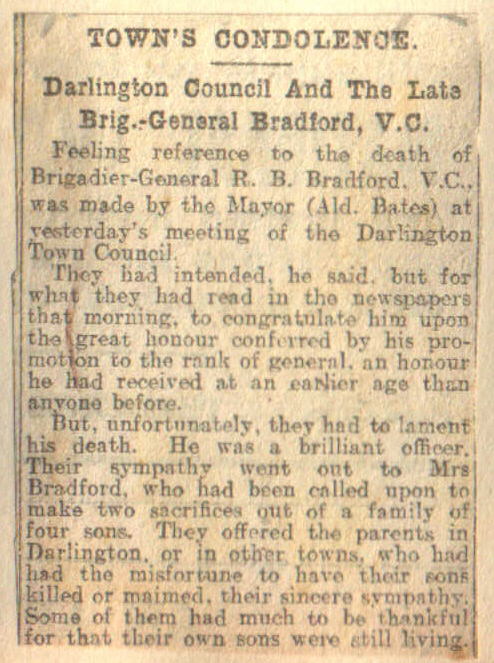 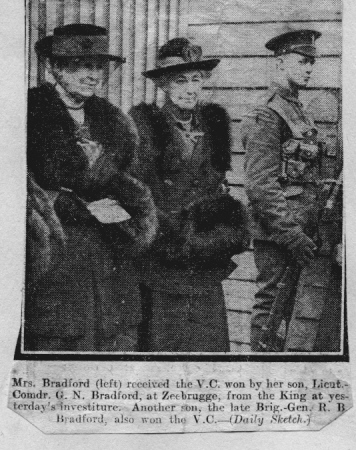 Mrs Amy Bradford (left) on her way to receive George Bradford's V C from the King.

Lt Cdr George Nicholson Bradford, R.N.
who was killed in the raid on Zeebrugge