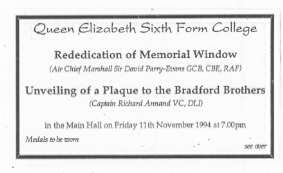 Invitation our family received to attend the ceremony as honoured guests.

Under its new name of "Queen Elizabeth Sixth Form College", the school arranged a special celebration on Friday November 11th in 1994 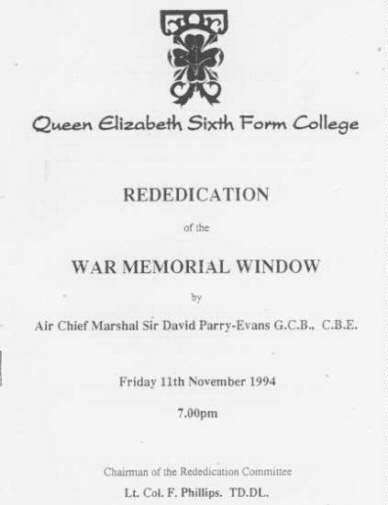 - - - there was a re-dedication of the school's War Memorial Window by Air Chief Marshal Sir David Parry-Evans, and it was set within a ceremonial Service attended by all the Durham County dignitaries, with standard bearers for the Royal Navy and for the Army (D.L.I.) as the Bradford Memorial Plaque was unveiled by Captain Richard Annand V.C., D.L.I. 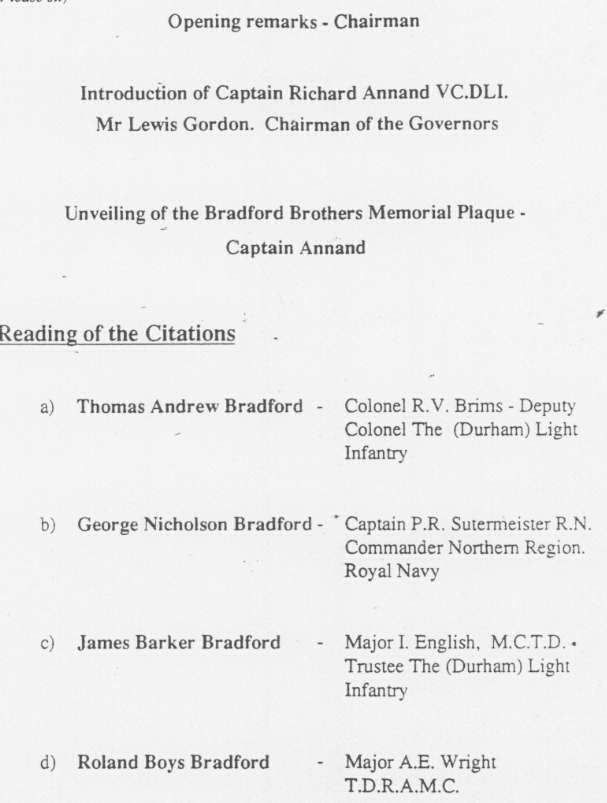 It seemed very fitting that a living awardee of the Victoria Cross should be involved in this way, and doubly appropriate that Richard Annand had won his V.C. in Belgium not too far from where Georgie and Roland had won their's.

There was the laying of wreaths and the playing of The Last Post and of Reveille by two Bugle-Majors from the Durham Light Infantry, and there were citations for all four of the Bradford brothers, read out by various officers from the Royal Navy and the Army.

It was a very fine and most dignified commemoration, and our family were guests of honour at the Service and the subsequent buffet meal. It was a very humbling experience. 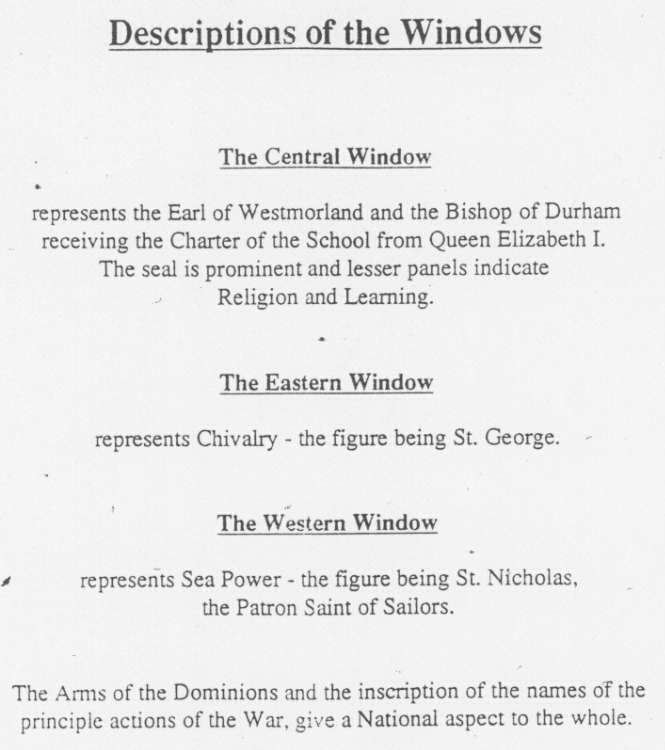 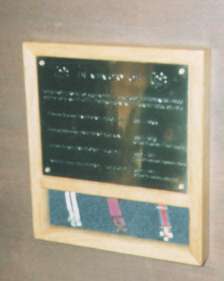 Some of the Bradford medals [V.C. in the middle, M.C. on left and D.S.O. on right] as displayed at Darlington Grammar School on the day of the ceremony. 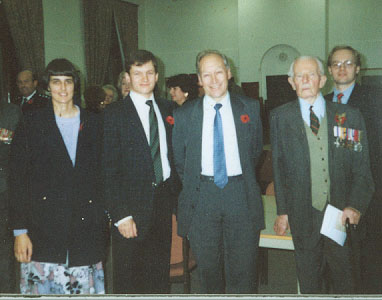 Photograph taken at Darlington on November 11th 1994. In the front on the right is Colonel Rodney Gee M.C., D.L.I. who travelled on his own all the way from Bristol to be at the ceremony in honour of the Bradford brothers. He was 97 at the time of the Bradford Plaque and Memorial Window Dedication, and had been Roland's Adjutant in the 9th Battalion of the Durham Light Infantry.

Now we go back 80-something years and show a photograph of Roland Bradford when he was a pupil here. 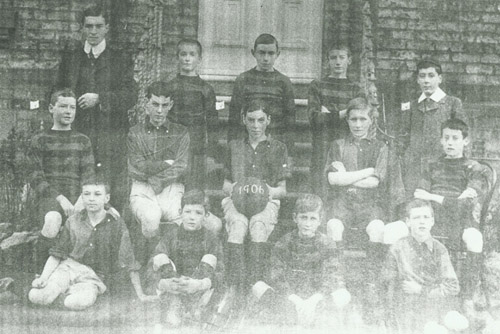 This photo is from when Roland was Captain of a football team at Queen Elizabeth Grammar School in Darlington. The date is 1906, seen chalked on the football Roland is holding, which was the year in which he reached the age of 14.